Join us for the 1st EuroISME Webinar, which will be held as a live panel discussion via zoom. The session shall start with three short presentations and then also leave time for Q&A from the public.

If you have Zoom Client installed, you can launch the meeting here.

Is it ever justified to deliberately kill civilians? While it is true that the just war tradition’s jus in bello criteria of proportionality and discrimination are well-known moral guides to military action, discussion of these principles does not always fully account for the ethical complexity found on the battlefield. By coupling—really re-coupling—proportionality and discrimination with potentially leavening principles such as military necessity and sovereign responsibility, this discussion seeks to reinvigorate the just war tradition’s ability to illuminate complex ethical dilemmas facing decisionmakers on the battlefield by bringing the lessons of history forward to the present. 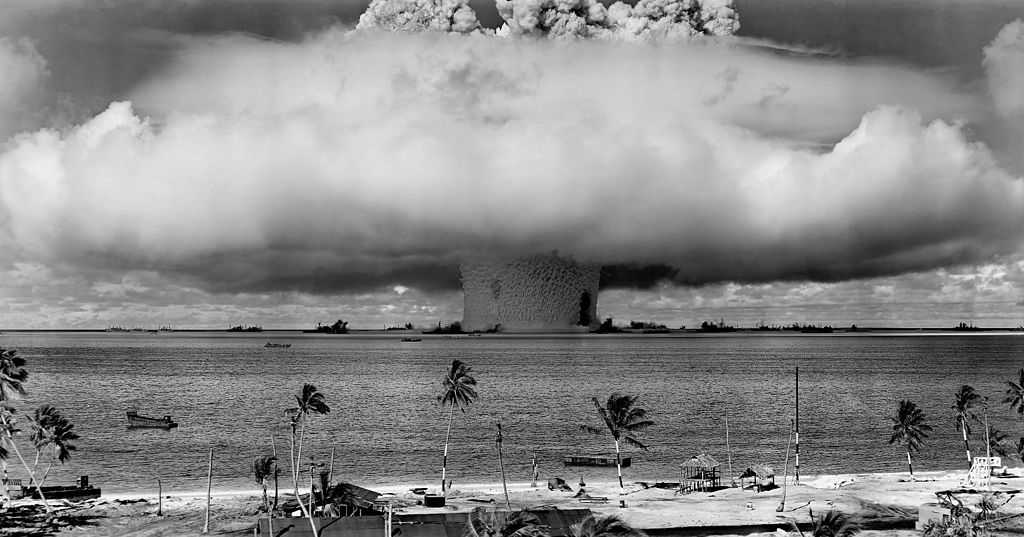 Eric Patterson – Military Necessity, Proportionality, and Discrimination: The Case of Veracruz
The moral issues that leaders face when considering the use of contemporary weapons of mass destruction are not necessarily new and can be illuminated by looking at past coercive bombing strategies employed against civilian centers.  A case in point is the Battle of Veracruz in which the U.S. military bombed the seemingly-impregnable fortress in Mexico as part of the Mexican-American War. This presentation will look at the complicated political, moral, and strategic issues involved that led to the shelling of Veracruz, which was an example of leaders acting correctly from the primary jus ad bellum criteria in ways consonant with military necessity and other jus in bello criteria.

Marc LiVecche – Moral Horror: A Moral Argument for the Bombing of Hiroshima
The atomic attacks on the Japanese cities of Hiroshima and Nagasaki were, without doubt, moral horrors. Nevertheless, they were also moral horrors—they were the morally appropriate thing to do—that’s to say: we ought to have done it and it would have been morally wrong to have done anything else. To argue for the dropping of the bomb, then, my options would seem to be limited. First, I can argue that despite intentionally dropping a nuclear device over a populated city, innocent civilians were not intentionally killed. Secondly, I can argue that the citizens of Hiroshima were not, in fact, innocent—or not entirely so. In this paper, I will do both, and add a third point of analysis. In arguing these points, and briefly addressing the primary arguments against the bombing, I will demonstrate the value of just war thinking in complex moral conflicts.

Daniel Strand – Operation Meetinghouse and the Ethics of Strategic Bombing
When it comes to the discussion of the moral issues in the combined bomber offensive in World War II, the dropping of the atomic bomb and area bombing of German cities garner the vast majority of attention.  The bombing of Hamburg and Dresden are the classic examples that are often addressed.  Less discussed was the far more consequential bombing of Tokyo on April 9-10, 1945, known as Operation Meetinghouse.  It was one of the first major uses of napalm by the Americans in WW II which resulted in massive destruction to Tokyo and death of an estimated 100,000 people, most of whom were citizens. I will argue that though we may still conclude the firebombing was, in the final conclusion, disproportionate and indiscriminate, the moral calculus is much more complex and ambiguous.  Rather than being a straightforward case of a moral wrong, I will argue our assessment should be much more nuanced and complex.  In reality, this particular incident is closer to a borderline case than a clear-cut case of egregious intentional moral violation.

Eric Patterson is Scholar-at-Large at Regent University in Virginia Beach, Virginia.  Previously, Patterson served as Dean and Professor of the School of Government at Regent University and before that as associate director of Georgetown University’s Berkley Center for Religion, Peace, & World Affairs.  He has considerable government experience, including at the U.S. Department of State, as a White House Fellow working as aide to the Director of the U.S. Office of Personnel Management, and continuing service as an officer and commander in the Texas Air National Guard.  Patterson is the author or editor of fourteen books, including Responsibility and Restraint: The Just War Thinking of James Turner Johnson (co-edited with Marc Livecche and available November 2020),  Just American Wars, Ethics Beyond War’s End, Ending Wars Well, and Just War Thinking.  His academic work has been published in many journals such as International Studies Perspectives, International Politics, Journal of Military Ethics as well as in popular outlets like The Washington Post and Washington Times. .

Marc LiVecche is a research fellow at the Stockdale Center for Ethical Leadership at the US Naval Academy. He is also executive editor of Providence: A Journal of Christianity & American Foreign Policy. From 2018-2020, he was visiting scholar at the McDonald Centre for Theology, Ethics, and Public Life at the University of Oxford. With Eric Patterson, he is co-editor of the Responsibility & Restraint: James Turner Johnson and the Just War Tradition, forthcoming in late 2020. His first book, The Good Kill: Just War & Moral Injury, will be published in spring 2021 by Oxford University Press.

Daniel Strand is professor of ethics and leadership at the US Air War College. He was a postdoctoral fellow at Arizona State University (2015-19) in the History Department and the Program in Political History and Leadership. Strand’s research interests include the political and moral theology of Augustine of Hippo and the Augustinian tradition, ethics and foreign policy, the just war tradition, bioethics, and moral theory. He is the author of the forthcoming Gods of the Nations (Cambridge University Press), a historical study of Augustine’s political theology in The City of God. He has published articles and book chapters on Augustine of Hippo, Hannah Arendt, and the ethics of euthanasia. He is a contributing editor at Providence.