Julia Franziska Maria Böcker. "In the face of such 'unspeakable truths', would it not be better to simply, silently, bow down?" Questions of legal, political and ethical process of discharge concerning the genocide against the Herero and Nama. 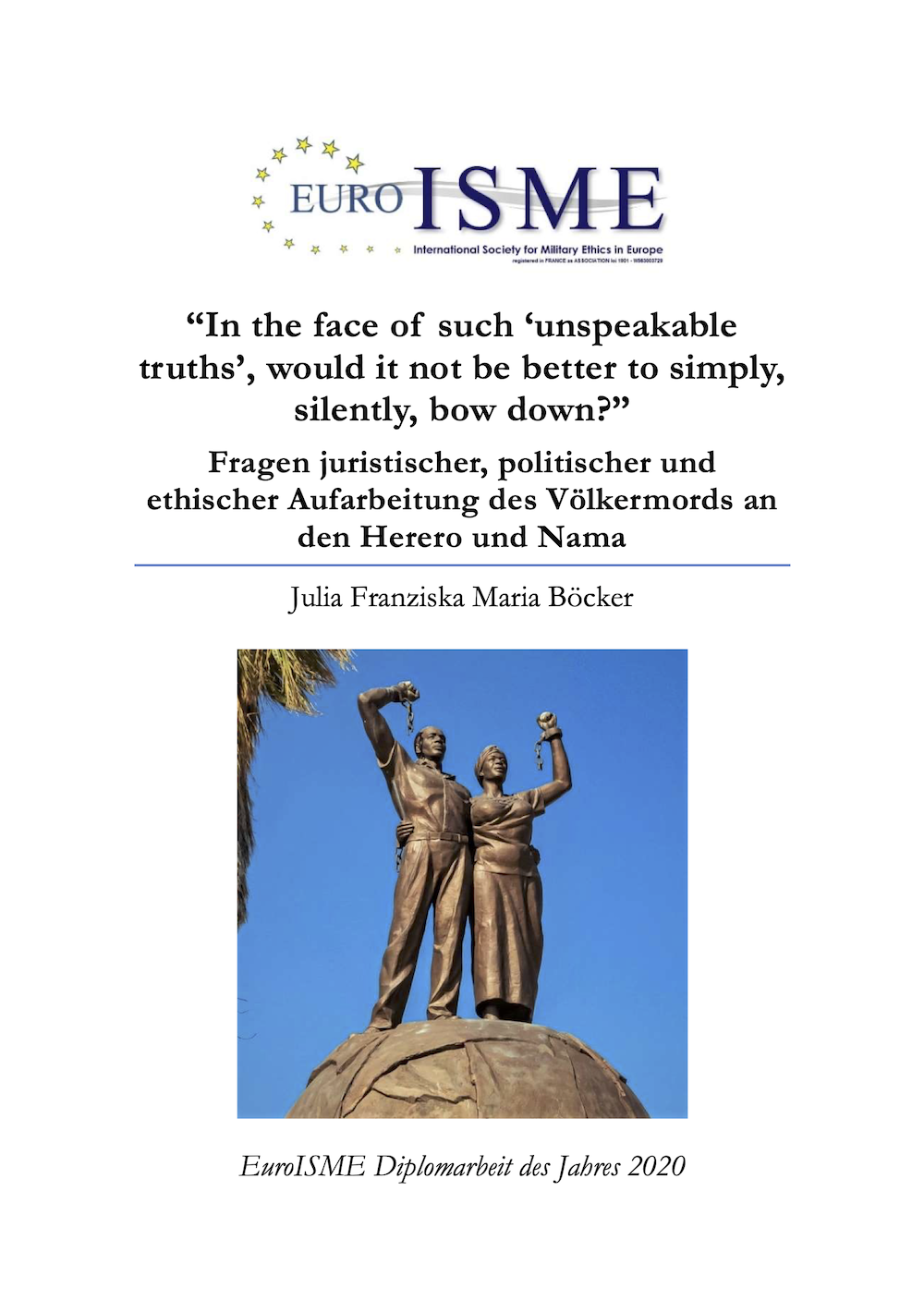 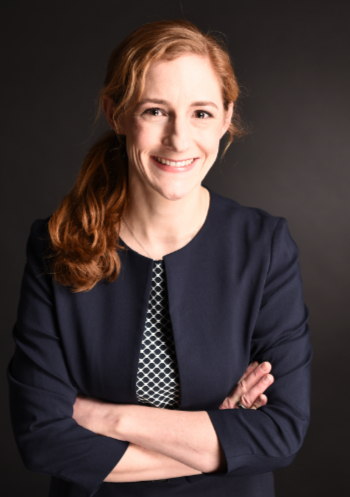 Abstract
In order to guarantee peace and security in a time that is determined by issues of global coexistence, it is essential to deal with the colonial past. But while Germany has faced its difficult, violent history in relation to the Second World War and the Holocaust in many ways, a reappraisal of the colonial history is still largely outstanding. For my master’s thesis, I have focused on the paths (or detours?) used so far to come to terms with the colonial injustice in relation to the genocide of the Herero and Nama in southwest Africa. The German Empire committed the first genocide of the 20th century there, with up to 100,000 killed victims.

To the initial question: "In the face of such 'unspeakable truths', would it not be better to simply, silently, bow down?" (Kora Andrieu: Sorry for the Genocide, 2009), my answer is an unequivocal yes. In the face of extreme violence, including genocide, a political apology can be a powerful tool for transforming conflict, even when the injustice dates back a long time. An interdisciplinary approach led me to this conclusion, asking about the historical foundations, legal approaches, political answers and finally the ethical possibilities (for peace). Because when dealing with massive systematic injustices, not only legal issues are relevant, but peace and security policy standpoints as well as peace and military ethical considerations are also important.

The Namibian and German governments are currently holding talks to deal with their common history. In my interview with him, the German special envoy Ruprecht Polenz said that the German government wants to ask for forgiveness for the colonial violence. However, the victims' communities must be more closely involved in the dialogue without interfering in nation-state issues. It is also important to tackle other (post) colonial "leftovers" - such as the return of virtu and of (mortal) remains, remembrance in public spaces and the role of universities and museums in the commemoration work.

Then, the great hope lies in the transformative potential of a political apology as a method of Transitional Justice, that a sustained reconciliation processes can be initiated. Cameroon would be the next country that could be brought into such a focus - the attendant questions are of overriding importance than each indiviual case.

Author's Biography
Julia Böcker, born 1983, is a historian, mediator and peace educator. She is currently involved with the Center for Ethical Education in the Armed Forces (zebis) in Hamburg, Germany. Her work there is dedicated to the public and academical discourse about security policy, military ethics and peace education.
In 2019 she completed her master’s degree in Peace and Security Studies at the Institute of Peace Research and Security Studies at the University of Hamburg, Germany. Her interdisciplinary master thesis uncovered the German struggle to deal with colonial past atrocities, bringing attention to legal, political and ethical questions.
She became interested in genocide research during her studies in Modern History and Public International Law at the University of Freiburg, Germany and the University of Basel, Switzerland. She had finished her studies with a master’s degree in 2011. A life lasting experience was a study year abroad at the Hebrew University of Jerusalem, Israel. From 2005 to 2011 she was a fellow of the German Academic Scholarship Foundation.
She is also a trained mediator who has completed an array of schoolings in Germany and the USA. She helped with on-site dispute resolution in the court system of Grand Rapids, Michigan while living in the United States for five years. Last, she raises her three children to be tolerant open-minded citizens of the world.

Louise Henton. Military Culture and Human Rights Violations Committed in Iraq in 2003. Has the Military Learnt its Lessons? 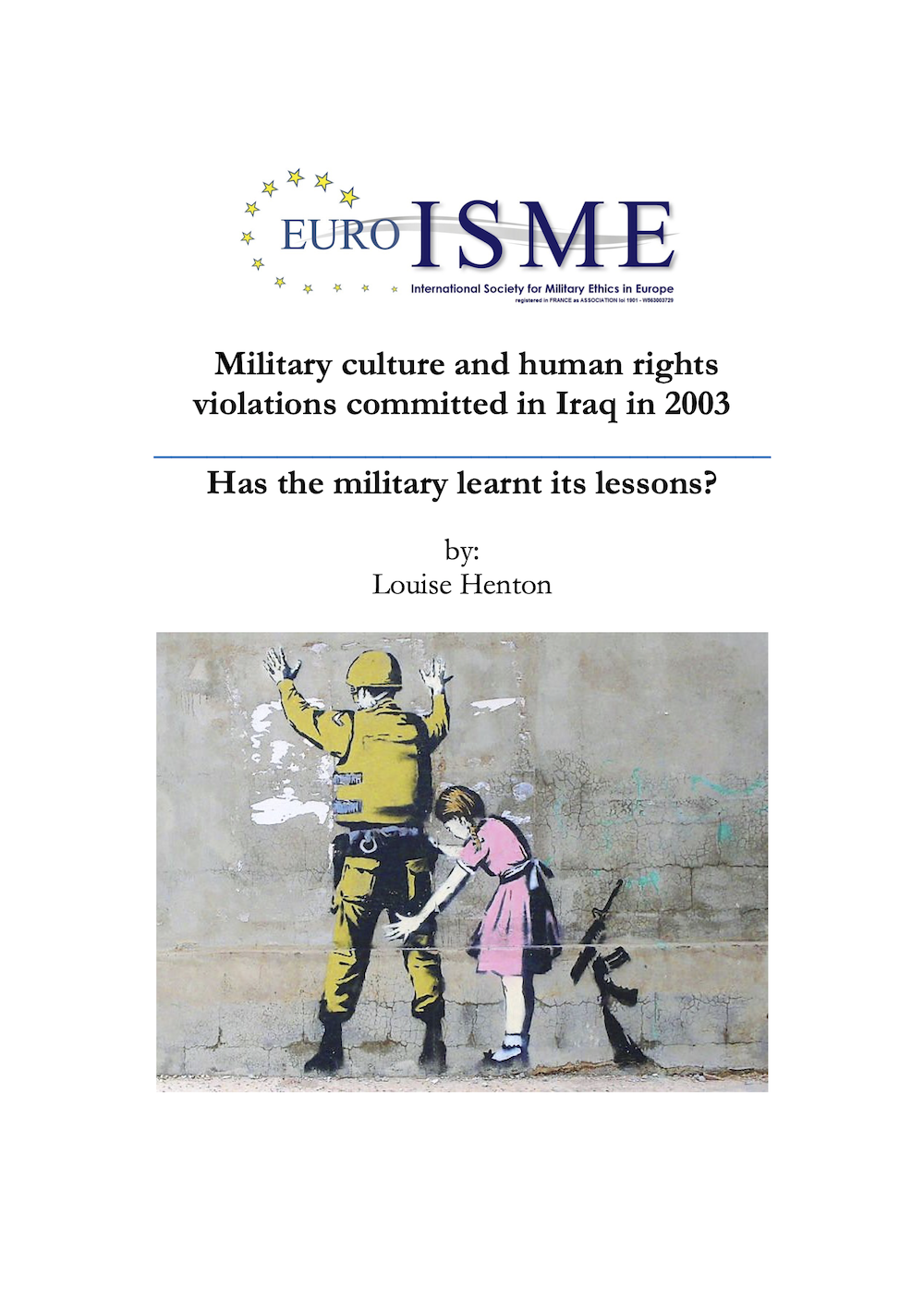 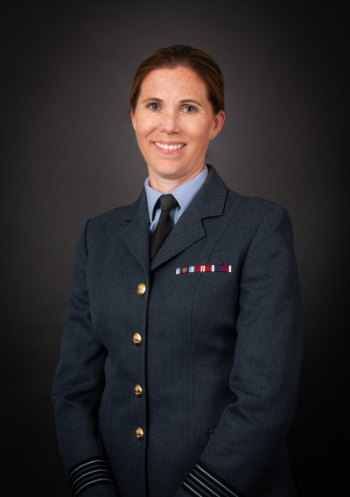 Abstract
Fifteen years have passed since the human rights violations committed at Abu Ghraib Prison and the death of Baha Mousa at the hands of Western soldiers was exposed to the world. Despite the official investigations into these events, there have been similar repeat incidents. This paper has examined whether military culture was a key influence behind the committal of these atrocities vice the bad apples explanation provided by both countries’ militaries. The paper reviews the lessons identified against recent incidents to understand why there have been reoccurrences and what more should be considered. Using information obtained from the commissioned investigation reports and secondary source material, predominantly from social psychologists, the paper concludes that culture was an influence and that there is more the military could do to reduce the likelihood of such grave misconduct. This includes recognising the negative influence military culture can have on behaviour and implementing methods to address this.

Author's Biography
Wing Commander Louise Henton is a Personnel (Support) Officer in the Royal Air Force and is currently serving at RAF Waddington in Lincolnshire. She joined the Royal Air Force in 2001 after graduating from the University of Portsmouth with a degree in Business Administration. Her tours have seen her undertake administration, HR, accountancy, training delivery, media, infrastructure and programming tours and she served at units across the United Kingdom and overseas postings include the Falklands Islands, Oman and Afghanistan. Selected for Advanced Command and Staff College in 2018 at the Defence Academy of the United Kingdom, she undertook a Masters in Defence Studies with Kings College London during this time.

The prize ceremony was hosted by the chairman of the jury, Col. (ret) Rev. Prof.Dr. Philip McCormack from Spurgeon’s College can be rewatched below.

Livestream of the Online Ceremony

Program of the Award Ceremony